THINGS GOING DOWN IN MY LIFE

Hello Blogster. Thanks for dropping by. I thought I’d update you on what’s going down in my life. Still got the rash but elsewhere there’s some exciting things happening in and around me.

Our first interview of the year at Juice is with the singer-songwriter Clare Maguire. She’s in the Top 5 of the BBC’s Sound of 2011, traditionally a good marker on who’s going to become a household name in the next 12 months. She’s popping in tomorrow and then we’re heading out for dinner, so I’ll try and get a picture of her struggling with her spaghetti and spread it across the usual social networking sites. 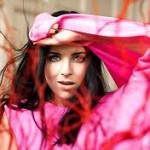 I’ve just started work on our next Comedy show for the Brighton Fringe with my partner in chuckles, Gorgeous George. Our debut show, ‘Bummer Lovin,’ sold out at the Three and Ten last year and we return to the same venue in May with another run. If you didn’t see it last year, it involved improve, sketches, dancing, singing and a live dog giveaway. This year, we’re giving away a Thai bride. The working title is, ‘7th funniest show in the Fringe,’ so look out for it and book early. George and I are also currently working on a TV pilot for some cookery shows, which probably won’t involve much cooking. I’ll keep you posted.

I was very honoured to be asked to host the next Space event at Komedia in February. If you haven’t been to this, you must go in the near future. It’s basically a live chat show with guests interviewed from various areas of the media, art and cultural world. Previous guests have been as varied as Michael Eavis, Barry Norman, William Orbit and Frank Skinner. Not only do you get to see them interviewed, you can ask questions yourself or just mingle at the bar with them afterwards. It’s very informal and always very inspiring. I’ll be interviewing BBC 4 controller Richard Klein and Altered Images singer and Gregory’s Girl actress, Clare Grogan. And if that wasn’t enough, there’s a raffle.

I won a massage in the last raffle and apparently they throw in ‘extras.’ I love a herbal tea after a good rub down.

Take care, have fun and I’ll speak to you soon x