MY BATTLE FOR CHRISTMAS NO.1- THE INSIDE STORY.

So want to get to Number One, yeh? Have no money, no band and no musical talent? No problem! Borrow somebody else’s record and make it your own. This is what I did. Read on…

It was the opening night of Alan Partridge’s ‘Alpha Papa’ at the Duke of Yorks Picturehouse back in July. The opening scene was about to set me on a path of obsession that didn’t really leave me until just after Christmas.

If you haven’t seen the film, basically, during the opening credits, Alan Partridge is seen miming the words to Roachford’s ‘Cuddly Toy.’ It was such a moment for me. Not only did it take me back to the late-eighties, it made me fall in love with the song all over again. 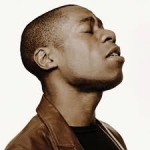 The next day, I played the song on my radio show, got a great response from the listeners and I flippantly said, ‘we should get this to Number One.’ And from there, I set up a campaign and my obsession began. Over the next few months, we had backing from everyone, from the Mayor of Brighton, to MP Simon Kirby, to Absolute Radio to the great man himself, Andrew Roachford. He even announced the campaign at a gig at Komedia.

The next step was to film a video and I had a number of eighties celebs lined up to mime the song including Bobby Davro, Linda Lusardi, David Prowse and even Brain May. However, we had  problems with logistics and timing and had to pull the shoot.

We ended up filming a video on our doorstep which involved the likes of Ex-Albion player, Kerry Mayo and the legend that is Disco Pete. (Search Guy Lloyd and the Cuddly Toys’ on You Tube).

Anyway, to cut a long story short, we didn’t get to Number One. We didn’t even get in the Top 300. But it was great fun trying.