I BLOODY LOVE MAY

Hello and welcome to this week’s blog. This week I thought I’d talk about me and what I’m up to. It’s time for some shameless self-promotion.

I’m very excited about May. It’s warmer for a start and it’s named after Queen’s guitarist. We should also have the month of Deacon, Taylor and Mercury in celebration of the greatest band that ever lived but that’s for another time. 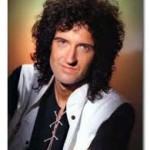 My comedy partner, Gorgeous George and I have been busy writing our show for Brighton Fringe and we’ve finally got to the point now where we have written something. We may even rehearse it, if we can be arsed. It’s called the ‘7th Funniest Show in the Fringe,’ and we are very proud of it. It’s at the Three and Ten on May 15th and 18th and tickets are available on the Fringe website. I can also now reveal that the one and only Lionel Ritchie will be in attendance.

I’ll also be moonlighting at another radio station in May, when I take over the airwaves on Brighton Festival Radio, live from Brighton Dome, for a one-off show featuring all kinds of weird and wonderful guests from the Fringe. I also get to choose my own music. I hope you like Queen.

I’m currently busy working on a pilot for Latest TV’s ‘Brighton Lights,’ when I (and a film crew) get to spend a day with a well known celebrity. I get to hang out with them, on a typical day in their life and get to know the real person behind the celebrity persona. I’ll be like the new Louis Theroux but much younger and better looking but probably just as awkward. Got some great names lined up for this but more on that when ‘it’s in the can,’ as they say in film. Do they? I don’t know; sounds good though.

Starting this Sunday I’ll be hosting a new monthly night at Latest Music Bar, for another local TV Channel, where anything could and probably will happen. It’s a night of ‘variety and entertainment,’ and in Brighton, that could mean anything. Live music, comedy and Burlesque features for the first Sunday Session. Come down and heckle me.

Right, that’s enough about me. What about you?