Good evening. Survive the tram crash? Yeh, so did I but I tell you what, it was a bit hairy there for a minute. I don’t think Ashley made it. Anyway, on to far more important things; it’s my birthday this weekend. Hoorah!

I love birthdays. And the main reason why I love birthdays is that it’s the perfect excuse to have a party. I organised my first party, back in Notts, when I was fourteen. It was a house party and half the school came. I didn’t invite that many people but word got around. I remember that night for many reasons. Firstly, our goldfish (Hoddle and Waddle) became inebriated after someone poured lager into the tank. Secondly, my Samantha Fox poster (yes, this was a while back), was never the same, after someone smeared birthday cake all over her eighties chest. 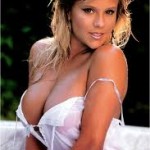 The thing that really stood out from that night though, was that having a party was fun; and I haven’t looked back since. Granted, some parties have fallen into the classic category and some are best forgotten but I always enjoyed organising them, whatever the outcome.

My birthday party last year was a ‘significant’ one. It also fell into the classic category; a party that was talked about for weeks afterwards. I remember going to my chiropractor two days after the party and her asking me why I had eyeliner on. I told her that I had celebrated the mother of all parties and that I had dressed as Ziggy Stardust. We got talking (amongst the back-cracking) about parties and she told me that she had her own birthday party every year and had done so since she could remember.

She’s now in her sixties and she’s still partying hard (not too hard, you have to approach it holistically when you’re a chiropractor) and she still looks fantastic. Don’t get me wrong, partying is great fun but if you start looking like Keith Richards; it’s probably time to call it a day.

My chiropractor inspired me that day. I made the pledge there and then that I would have a party every year. I would embrace my age; I would surround myself with the people that I love and I would party until the day I die. If I start dressing like a pirate, it may well be time to hang up the dancing shoes but until that day arrives, in the words of Liam Gallagher, I am ‘gonna ave’ it.’